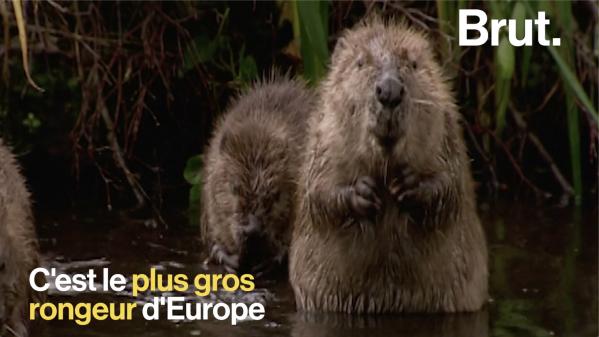 It is the largest rodent in Europe and, in France, it came close to extinction. Historically present throughout the territory, beaver populations began to decline from the 16th century. Being considered as pests, they are regularly slaughtered by local residents and are coveted by hunters who hunt them for their meat, their fur and castoreum. At the start of the 20th century, after more than three centuries of intensive hunting, there were only a few dozen individuals left in France, all located in the extreme south of the Rhône basin, in the departments of Gard, Vaucluse and of Bouches-du-Rhône.

The species first repopulated the north of the Rhône basin, consolidating regional populations. From the 1950s, reintroduction operations were carried out on these individuals and in 1968, the beaver was officially classified « protected species« . A century after the start of these conservation policies, the beaver has repopulated much of its original habitat and is now present in more than 16,000 kilometers of waterways, such as the Loire, the Tarn, the Rhine or the Moselle. Today, no methodology allows to know the exact number of individuals, but according to the estimates of the French Biodiversity Office, this would represent several tens of thousands of individuals. naturalists as a « ecosystem engineer« , the return of the beaver has an impact on a large part of the fauna and flora.